Our research focuses on the analysis of cancer progression using evolutionary models, game theory, and machine learning approaches. Each year, cancer is responsible for 13% of all deaths worldwide. Despite significant advances in the fight against cancer, these statistics make clear the need for additional research into new treatments. There has been growing interest in the use of computational models as an effective approach to aid cancer researchers.

The future smart grid is envisioned as a large-scale cyber-physical system encompassing advanced power, communications, control, and computing technologies. In order to accommodate these technologies, it will have to build on solid mathematical tools that can ensure an efficient operation of such heterogeneous systems [1]. Game theory as an analytical powerful tool can use for addressing relevant challenging problems in various aspects of smart grid. We work in the following fields of smart grid in our group. 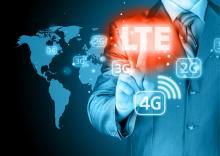 Wireless networks are inherently more subject to change than wired ones. Given mobility and interference, as well as energy/power constraints, many wired "cooperative" protocols (e.g. for packet routing/forwarding) are simply not readily adoptable for the wireless medium. With so much competition for resources in the overcrowded unlicensed and cellular-licensed bands, cooperation, an essential feature of networking, has to be incentivized. 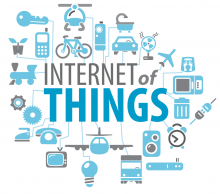 Internet-connected devices have existed for decades, while recently these devices have permeated into our lives and are popularly conceptualized as the Internet of Things (IoT). IoT is composed of physical objects equipped with “mostly” constrained hardware providing some computing and networking support. IOT networks are large-scale networks consisting of several heterogeneous things and some gateways. The things are sensing different data from the environment and send their measurement data towards the gateways possibly via multiple hops.

A blockchain is a growing list of records, called blocks, which are linked using cryptography. Each block contains a cryptographic hash of the previous block, a timestamp, and transaction data (generally represented as a Merkle tree root hash). By design, a blockchain is resistant to modification of the data. It is "an open, distributed ledger that can record transactions between two parties efficiently and in a verifiable and permanent way".