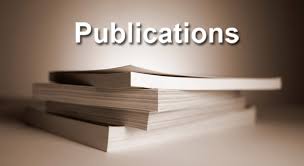 A joint paper by Mehdi Naderi Soorki, Dr. Manshaei, Prof. Hossein Saidi, and Dr. Behrouz Maham from University of Tehran, with the title "On Uplink Virtual MIMO with Device Relaying Cooperation Enforcement in 5G" has been accepted to the IEEE Transactions on Mobile Computing.

Below, find an abstract of the paper:

In this paper, a novel protocol is proposed in which mobile terminals (MT) form a virtual Multiple-input Multiple-output (MIMO) uplink by means of device relaying on Device to Device (D2D) tier in 5G Cellular Network. The competitive scenario is considered in which each of the selfish MTs tries to transmit its own data and not relay others’ data in the formed virtual MIMO. The main focus is to design an incentive for MTs to form the virtual MIMO and cooperate in relaying others data. A direct revelation on-line mechanism for the BS is designed, in order to assist forming a stable virtual MIMO. A self-punishment mechanism is also proposed in which MTs autonomously punish malicious MTs that do not cooperate in relaying. We prove that our designed direct revelation on-line mechanism and proposed self-punishment mechanism enforce all-cooperation (all-C) profile as a Nash equilibrium (NE), under uncertainty in the presence of MTs in the formed virtual MIMO. Our simulation results confirm that the proposed protocol, even in the competitive scenario, increases the bit rate and decreases power consumption at the same time. The proposed protocol can improve the energy efficiency up to 35% compared to a non-cooperative case, i.e., Single-Input Multiple-Output (SIMO) uplink. Moreover, if the multi-user MIMO transmission is used for the uplink medium access layer, the proposed protocol can improve the energy efficiency up to 42% compared to SIMO uplink with multi-user MIMO transmission. Under the proposed OCVM protocol with Shapley value fairness, the price of anarchy reaches to 0.78 in the competitive scenario. In addition, the energy efficiency improvement of our proposed protocol is almost robust to the preferences of MTs. Simulation results show that if BS employs our on-line mechanism and MTs autonomously punish malicious MTs, the malicious MTs cannot gains from the cooperation of other MTs.

You can find the full text in this address.